Last evening witnessed the coming together of two brands – “Quikr” and “Delhi DareDevils”. It was an evening to remember as the Quikr employees got the once in a life time opportunity to meet and greet with the Delhi Daredevils players.

The Event was held at the Roof Top of Hotel Trident. The evening began with a bang with an astounding introduction and welcome to the “Apne Munde” – the Delhi Daredevil players. The players present were the Captain himself – Kevin Pietersen, the Vice Captain – Dinesh Karthik, Murali Vijay, Manoj Tiwary, Mohammed Shami, JP Duminy, Ross Taylor, Wayne Parnell.

The host for the evening Mr. Gautam, was the perfect intermediate between the audience and the players. The employees were shown all the TV ads featuring the cricketing stars in their presence, but the best part was yet to come when all got the chance to watch the behind the scenes candid moments, whether it was Wayne Parnell bullying everybody around on the sets or Shammi giving the same take 100 times when he could not get his one liner right (and all he had to say is – I phone 5). Murli was also bullied for being the one inside the fridge for the Quikr ad. The players were sporting enough to take all this in their stride.

Then began the question and answer session where the players were courteous to answer all questions thrown at them. They were asked varied set of questions, ranging from how they maintain a balance between concentrating on the game and their endorsements and other commitments to if they would like to settle down in India. About maintaining a balance, Manoj Tiwary came up with the perfect answer that the process is already set for them and focus is all that you need to plan your day well. But it was not only serious questions, but some lighter ones that the audience threw on the players. The players were completely bowled over when asked about their favourite Bollywood actress and Ross Taylor couldn’t resist and mentioned Priyanka Chopra’s name instantly.

We also had the COO of Quikr, Mr. Atul Tewari take to stage and enlighten us all about the journey of Quikr and its foray into sports through this sponsorship. He mentioned that much like the Quikr business, IPL is also about succeeding at speed. So it was only ideal because the idea is to score quikr and win quikr, and we feel we have a great meeting of minds between Quikr and Delhi Daredevils on that.
The highlight of the evening was definitely the bat that was signed by all the players and the big announcement that came after that was this bat will be auctioned on the Quikr website and the highest bid received would be doubled by Quikr and donated to an NGO. 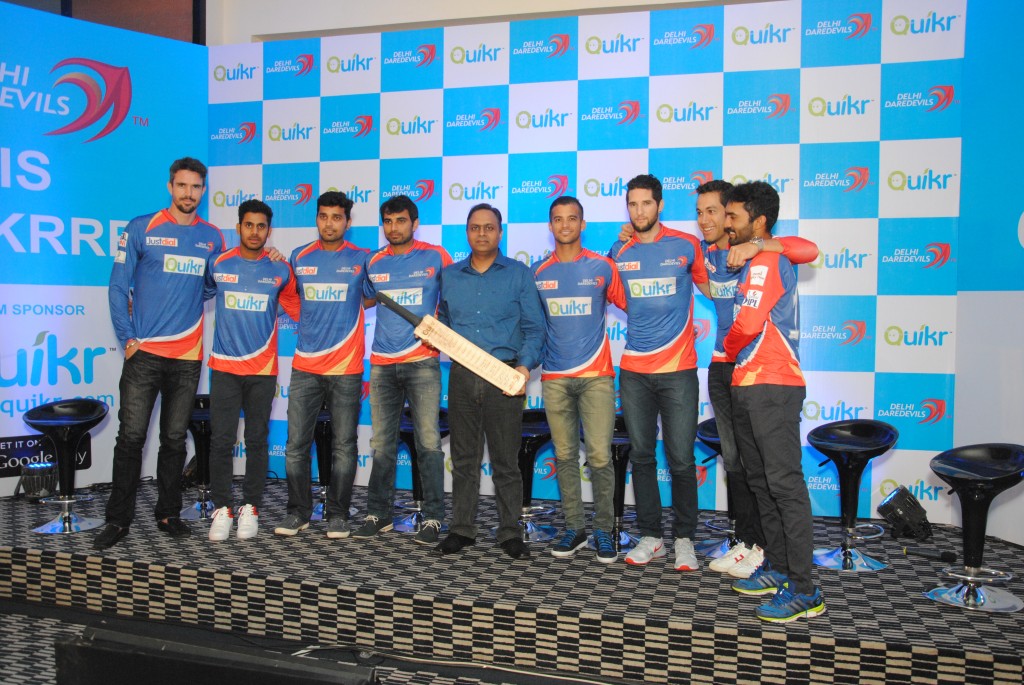 This was then followed by Cocktails and Dinner and the employees were free to meet their favorite cricketers and interact with them. The employees were more the overwhelmed with the friendly response received from all the players.
It was a fun filled evening with coming together of brands that share similar values and ended with the hope that this will be the beginning of a long association.