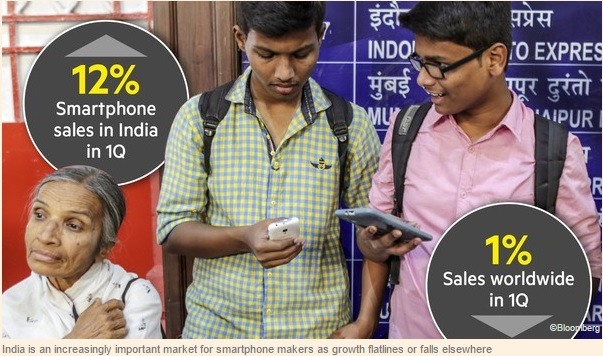 In a trendy converted factory building on the outskirts of Bangalore, the head of one of India’s top ecommerce sites draws two circles to illustrate the evolution of his industry.

He says the larger one represents the country’s English speakers, typically estimated at about 125m, or up to 300m if those with basic language skills are included. Inside it, a smaller circle stands for what was once an elite group of internet users which, as recently as 2010, stood at just 90m, or 7.5 per cent of the 1.2bn population.

“Once, us guys in air-conditioned offices, we were the guys on the internet,” Pranay Chulet explains. But, as chief executive of Quikr, the country’s leading website for classified advertisements, he has seen first hand how this has changed. “The internet circle kept on growing and, then, about a year ago it reached everyone who speaks English. So we are out of English speakers now.”

As is the case in the country’s finance and IT industries, commerce on the Indian internet has so far been conducted overwhelmingly in English — the lingua franca of the country’s educated classes, reflecting what was for years a mostly prosperous, skilled user base.

However, when Quikr rolled out services in Hindi and six other Indian tongues in December, it joined a growing number of homegrown and foreign companies racing to launch local-language offerings.